In 1921, Elnathan Tartt, the superintendent of the Beauvoir Old Soldier’s Home in Biloxi, wanted to make Thanksgiving Day a very special occasion for the Confederate veterans and their wives under his care at Beauvoir. In keeping with his generous nature, Tartt invited the entire population of the Gulf Coast to join the old veterans in celebrating the season. Admission was free, but Tartt asked that everyone bring with them “a pleasant smile and handshake for the veterans.” In response, several thousand showed up and, by all accounts, it was a grand and festive affair. The Thanksgiving feast was but one of the events Tartt (right) provided for the “inmates” at Beauvoir. During most holidays, the superintendent arranged for sumptuous meals for the veterans and spared no expense to ensure that the old Confederates had the opportunity to attend veterans’ reunions. He also tried to provide the best medical care available. To do so, Tartt frequently petitioned the Mississippi Legislature for funds to build additional hospital facilities and solicited donations from citizens to provide for the veterans’ needs, including a copious supply of chewing tobacco. James Elnathan Tartt’s devotion to the veterans of the “late unpleasantness” was obvious to everyone and when Mississippi Governor Mike Conner considered replacing him in 1931, the veterans rallied to his cause and Tartt was able to retain his post. Born in 1867, Elnathan Tartt was himself the son of a Confederate soldier who served in the 36th Alabama Infantry. 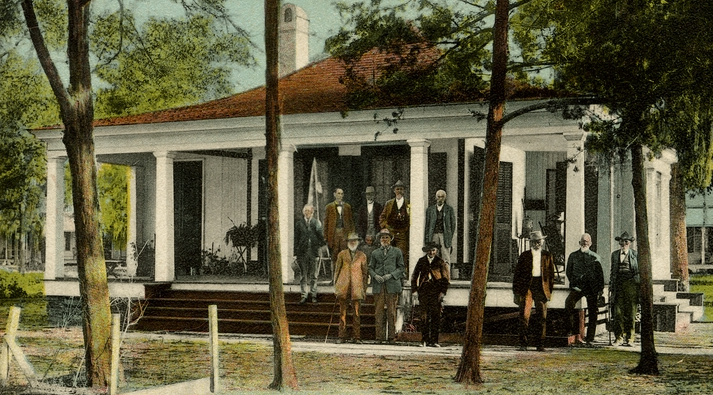 Several days before Thanksgiving, the GulfportDaily Herald published a story about the plans for the Thanksgiving feast. The article included a menu, which listed two hundred pounds of baked turkey, one hundred pounds of chicken and dumplings, four thousand raw oysters, five gallons of cranberry sauce, two thousand pounds of candy, four boxes of oranges, five boxes of apples, six hundred bananas, a 105-ft. jelly roll cake, twenty five gallons of sweet milk, an equal amount of coffee and “an assortment of fresh vegetables.” The program for the day featured a brass band from the Gulf Coast Military Academy, and rousing speeches by the presidents of both the military academy and Gulf Park College. Also on the program was a wedding for two of the patients at the Old Soldiers’ Home. The groom was a Confederate veteran named Frank Gardner, who served in Co. E, 7th Mississippi Cavalry during the Civil War. Gardner, who was 76 years old at the time, was slated to marry a widow, Mrs. Elizabeth Cooper, who was a 71 year old bride. Most interesting of all, perhaps, was a footrace between Patrick McLaughlin, a 100-year old veteran of the 10th Louisiana Infantry, and a widow named “Mrs. Nunnery.” McLaughlin, an Irish immigrant (lowerleft), enlisted in the Confederate Army at age 30 and served in the Army of Northern Virginia. According to his service record, he was captured at Woodstock, Virginia, in 1864 and sent to the Point Lookout prison. When Lee surrendered, only 17 men and officers remained in his company. McLaughlin’s racing opponent at the Thanksgiving feast was a “Mrs. Nunnery.” A widow, Mrs. Nunnery was sixteen years younger than McLaughlin. A veritable spring chicken, she was no doubt heavily favored to win the race over “Uncle” Pat McLaughlin. 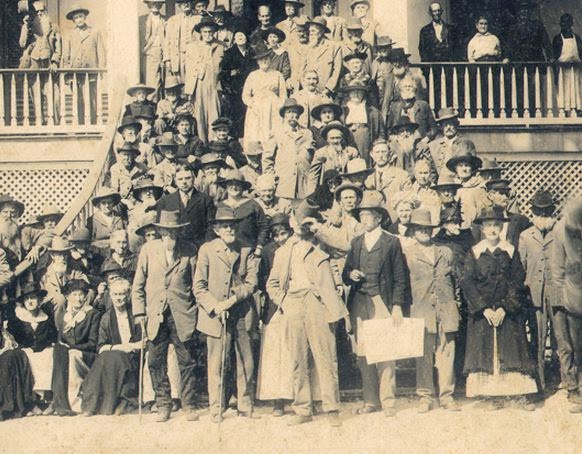 On Thursday, November 24, approximately 2,500 guests arrived at Beauvoir from across the Gulf Coast by automobile and street car. The Thanksgiving dinner, which was provided to the 250 residents of Beauvoir, plus their attendants, began at noon. As promised, the food was bounteous, and included a large supply of turnip greens picked from Beauvoir’s gardens (Superintendent Tartt regularly promoted the health benefits of turnip greens and frequently shared the garden’s produce with the Coast’s residents, “rich or poor, black or white”). The newspaper reported that the 105-foot jelly roll cake “made the feed a complete one.” The public guests arrived at 1:30 p.m. and the festivities began promptly at 2:00 with musical selections by the brass band and several speeches, led by the Hon. Charles Latham Rushing, a local judge and a member of the Biloxi Kiwanis Club, Knights of Columbus, Lodge of Elks and Woodmen of the World. He was also the attorney for the Mississippi Oyster Commission, which might explain the 4,000 oysters. During his address, Rushing expounded on the merits of President Jefferson Davis. Just two years later, at the age of 42, Judge Rushing died after two weeks of illness following “an attack of acute digestion,” leaving behind a wife and several children. 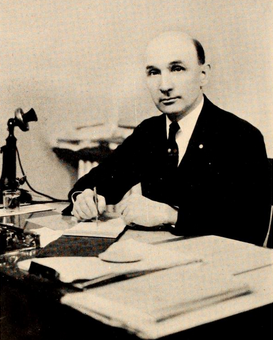 The next speaker on the program was Dr. Richard Garfield Cox. Cox was the founder and first president of Gulf Park College, a female college which was the predecessor of the USM Gulf Park Campus. Interestingly, Cox, even in 1921, was an accomplished pilot. He continued to fly and teach other pilots until his death in 1967. On this day, Dr. Cox (left), who was described as “a fluent speaker,” focused on educational and spiritual matters. Joining him from the Gulf Park College were approximately one hundred young ladies, who gathered on the front porch of the Beauvoir mansion to “sing songs, play musical instruments, and give recitations.” The president of the Gulf Coast Military Academy also spoke to the assembled crowd, but the biggest event of the day was scheduled for 3:00, when the wedding was to take place at the main house. After the nuptials, approximately 1,000 people lined up to shake hands with the groom. The long-awaited footrace, meanwhile, took place along a 400-foot path between the steps of the mansion and the front gate. Throughout the festivities, the old soldiers, their wives and the Confederate widows seemed to enjoy themselves thoroughly.

As promised, Elnathan Tartt had indeed provided a memorable day for not only the residents of Beauvoir but for many of the Gulf Coast’s citizens. Tartt continued to serve as the superintendent and caretaker at Beauvoir for a number of years, but died before the final veterans left the Old Soldier’s Home. 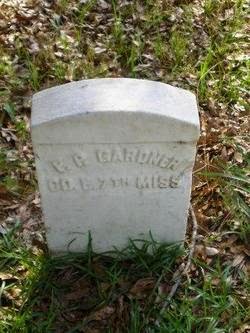 He is buried in Lauderdale, Mississippi. The last Confederate veterans left the home in 1951. Six years later, the last two widows were moved to a nursing home. “Uncle” Pat McLaughlin, who competed in the footrace, died in 1925 at the age of 104. The newlyweds died soon thereafter. The groom, Frank Gardner of Lafayette County, died in 1926, while his bride (and his fifth wife) passed away in 1928. All three are buried in the Beauvoir Confederate Cemetery in Biloxi, along with more than 800 other Confederate veterans and Confederate widows.And the winner of the race? As expected, the spry Mrs. Nunnery, just 84 years old, claimed the crown…
http://andspeakingofwhich.blogspot.com/2014/11/thanksgiving-at-beauvoir.html
Photo and Image Sources:
(1) Beauvoir: http://home.earthlink.net/~reetjournal
(2) Tartt: http://trees.ancestry.com
(3) Beauvoir veterans: http://civilwartalk.com
(4) Veterans: http://patandmeloakes.com
(5) Cox: https://archive.org/details/seagull41925gulf
(6) McLaughlin: From Remembering Mississippi’s Confederates by Jeff Giambrone (original at MDAH)
(7) Grave: http://www.findagrave.com
rhett2017-03-25T00:22:23+00:00