At a private ceremony in Henrico County this morning, the Virginia Flaggers raised our 12th Roadside Memorial Battle Flag, and the first on Interstate 64 in Virginia. On land leased from a private citizen, a 10′ x 15′ Army of Tennessee Battle Flag was raised on a 50′ pole to the cheers and shouts of those in attendance.

As of late last night, the forecast was for steady rain all day in the Richmond area, but we planned to raise the flag rain or shine, and prepared for a downpour. As the 10:00 scheduled start time approached, we were amazed and thankful that the rain tapered off to the point that after a few sprinkles at the very beginning, the rain completely held off for our ceremony! We were blessed to have Rev. Dr. Herman White bring the keynote message, and bagpipe music by PipeMajor David Hinton added beauty and reverence to the dedication and flag raising. We counted among those in attendance, supporters who had traveled from as far away as Missouri…and TEXAS… to join us for this weekend’s events!

This location has high visibility from both west and east bound lanes… and with traffic counts of 70,000+ reported daily, and its close proximity to the Capital of the Confederacy… will be a very visible reminder to citizens, tourists, and all who see her, of Richmond’s rich Confederate heritage and history. 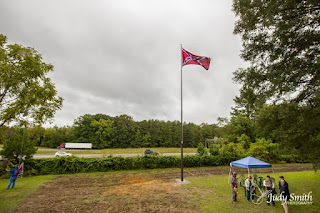 Those of you who have followed our Interstate Battle Flag installations know that we have been absolutely blown away by the way God has led us to sites that are not only highly visible, but have significant historical relevance. This site is no exception.

A few months ago, I heard that someone had raised a flag on I-64 in Sandston. I rode by the property on 64, and even though it was a small flag on a small pole, I was excited to discover that it could STILL see it from the interstate. I contacted the person responsible and asked if they would be interested in having a larger pole installed with a larger flag. The response was a resounding YES!

Of course, we were thrilled to have a large flag going up on such a great spot on Interstate 64. I was unprepared, however, for what we discovered when we began researching the property and its significance during the War Between the States, specifically its relevance to the Savage’s Station Battle, June 29, 1862.

Not only is our flag site sitting squarely on the Southern end of the actual battlefield, butÂ by overlaying present day maps with maps from the battle field, we discovered that the flag will fly over what once was the field that Kershaw’s Brigade charged across at 5:00 p.m that evening! 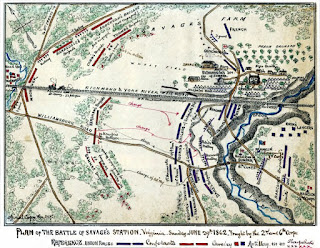 This discovery led us to name the flag in honor of Gen. Kershaw.

The flag was dedicated today to the Glory of God, and in memory and honor of our Confederate Heroes. She will serve as a living, breathing memorial, and a 24/7 reminder that there are still those of use with Confederate blood flowing through our veins who will not sit idly by while our heritage is attacked, history is erased, and our Veterans become the subject of derision Gen. Cleburne warned us about over 150 years ago.

“The world shall yet decide, in truth’s clear far-off light
That the Soldiers who wore the gray and rode with Lee, were in the right.” 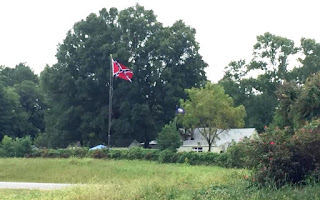 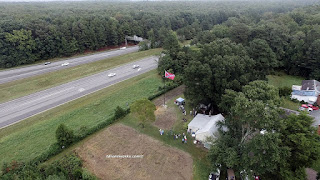 “For every flag removed, a thousand more will rise to take its place.” 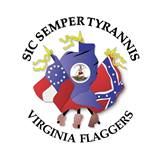