(ATLANTA – August 3, 2015)   In the wake of attacks recently upon all things Confederate, some outspoken critics of Southern heritage began calling for the renaming of US Army bases around the South which bear the names of Confederate commanders from the War Between the States.  Some of the more prominent of these bases include Fort Benning in Georgia, Fort Hood in Texas, and Fort Bragg in North Carolina.

Fort Benning, located in Columbus, Georgia, was named in honor of Henry Benning, one of the most influential men in Georgia politics and a Confederate general after the outbreak of the War.  Benning was a justice on the Georgia Supreme Court prior to the War and was an outspoken proponent of the constitutional view of States’ Rights and a limited federal government.  In fact, Benning wrote the majority opinion in the important case of “Paddleford v Savannah” in which he advanced the States’ Rights doctrine that in all constitutional questions, the Georgia Supreme Court is “coordinate and co-equal” with the federal supreme court since the states created the federal government.  Benning served admirably in the Confederate army during the War and continued to be a leading figure in Georgia after the war’s end.  Thousands of soldiers in the US Army have trained at Fort Benning during its history, including some of the most elite infantry and airborne troops dating all the way back to World War II. 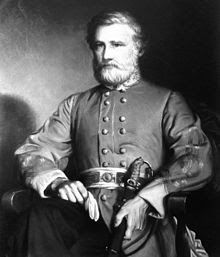 The Georgia Division of the Sons of Confederate Veterans applauds the unwillingness of the US Army to yield to the unpopular, albeit loud, cries of the politically incorrect enemies of Southern heritage in their attempt to eliminate every vestige of our noble heritage.

For more information about the Sons of Confederate Veterans or any of this year’s planned events to commemorate the Sesquicentennial of the War, contact the Georgia SCV at 404-271-8473 or online at www.GeorgiaSCV.org

* Permission to reprint this release is granted.