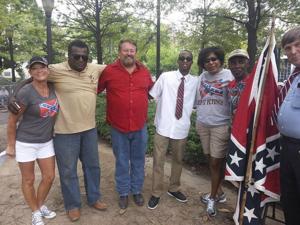 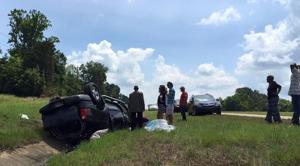 The Mississippi Highway Patrol has completed its investigation into a traffic crash that claimed the life of Anthony Hervey from Oxford, Mississippi, on Sunday.

Investigators say Hervey, 49, was the driver of a 2005 Ford Explorer traveling westbound in the left lane of US 278 inside Lafayette County at the time of the tragedy.

The crash, first reported by the McAlester News-Capital, has made national news. Hervey and Arlene Barnum, of Stuart, had just attended a pro Confederate flag rally in Birmingham, Alabama, and were on the way home at the time of the tragedy. Barnum said she saw a silver vehicle approach the SUV they were riding in before Hervey — who was driving at the time — lost control, causing the vehicle to flip.

Barnum said the vehicle that approached contained four or five black males, but she did not know the individuals and has no idea if the incident was related to the rally the pair had just attended.

A reconstruction of the crash shows the Explorer left the roadway at the crossover section of US 278 and County Road 285, then continued down into the median south of US 278. The Explorer re-entered US 278, crossed both westbound lanes and continued off the right shoulder of US 278.

The Explorer then collided with an embankment and concrete ditch, causing the vehicle to roll over several times and coming to final rest on its roof. Hervey was pronounced dead at the scene by the Lafayette County Coroner’s Office.

Barnum sustained injuries from the crash and was transported to Baptist North Hospital in Oxford.

According to the investigative report issued by MHP, investigators interviewed witnesses concerning the crash, including Barnum, who stated a silver vehicle occupied by five black males was following their vehicle and swerved toward them but did not make contact.