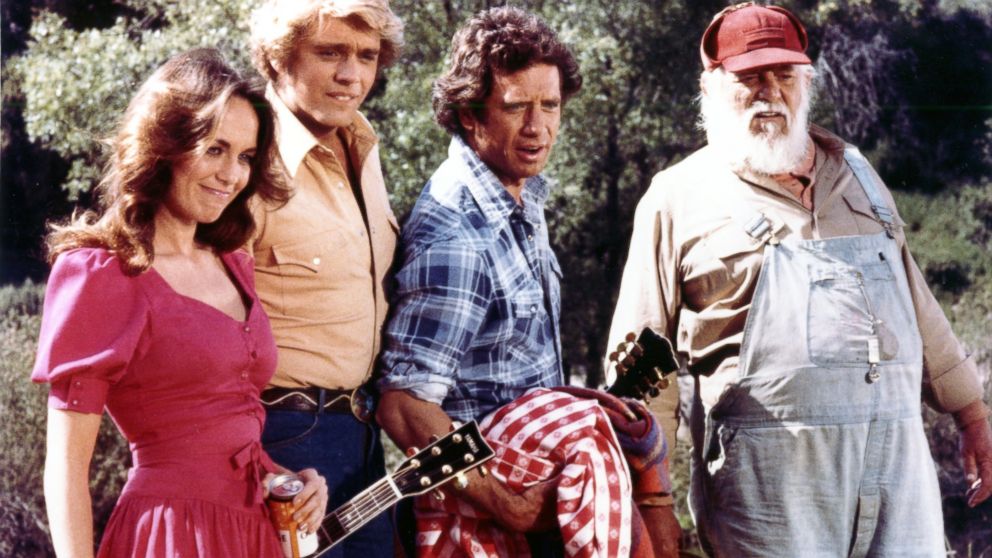 The Dukes Of Hazzard are seen in this undated photo.

The debate over the Confederate flag continues to spread to the entertainment world.

A week after Warner Bros. announced it would no longer sanction the manufacturing of “Dukes of Hazzard” merchandise featuring the flag, TV Land announced it’s pulling reruns of the 1980s’ TV series featuring John Schneider and Tom Wopat as Bo and Luke Duke in fictional Hazzard County, Georgia.

In a statement to ABC News, the network confirmed Wednesday that the show had been “removed” from its schedule, while declining to comment further.

Reruns can still be found on CMT and online.

TV Land’s decision comes amid a growing national debate over the use of the Confederate flag, which was painted on the roof of The General Lee, the orange Dodge Charger driven by the Duke boys.

One of the show’s stars, Ben Jones, who played Cooter Davenport, has come out in support of the flag.

“That flag on top of The General Lee made a statement that the values of the rural south were the values of courage and family and good times,” he wrote on Facebook last week.

Jones, who also served in Congress as a Georgia Democrat, was responding to vows from retailers Walmart, Sears, eBay, Amazon and crafts site Etsy to ban sales of Confederate flag merchandise.

Earlier this week, actress Aunjanue Ellis, known for her work in “Ray,” “The Help,” and “NCIS LA,”announced that she had created a coalition to ban production in her home state of Mississippi until the confederate flag emblem is removed from the state’s flag.

Calling the state flag “a blatant symbol of oppression and inequality,” Ellis also announced at a press conference that she was moving her film company, Miss Myrtis Films, to Louisiana until the flag has been changed.